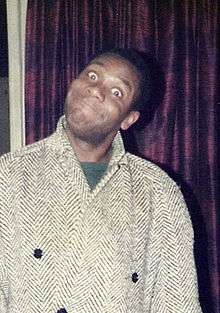 Henry was born in Dudley, West Midlands, on 29 August 1958, the son of Jamaican immigrants. One of seven children, he was the first to be born in the United Kingdom. He attended St. John's Primary School and later The Blue Coat School in Dudley before completing his schooling at W.R. Tuson College in Preston, Lancashire.

Henry's first manager was Robert Luff, who signed him in 1975 and gave him the opportunity to perform as part of the Luff-produced touring stage version of The Black and White Minstrel Show. In July 2009, Lenny Henry stated he was contractually obliged to perform and regretted his part in the show.

His earliest television appearance was on the New Faces talent show, which he won in 1975 with an impersonation of Stevie Wonder. The following year he appeared with Norman Beaton in LWT's sitcom The Fosters, Britain's first comedy series with predominantly black performers. His formative years were spent in working men's clubs, where he impersonated mainly white characters such as the Some Mothers Do 'Ave 'Em character Frank Spencer (whom he impersonated on New Faces). He also made guest appearances on television programmes including Celebrity Squares, Seaside Special and The Ronnie Corbett Show.

Peter and the Wolf